Have you ever wanted to meet a ghost? Great news for the paranormal enthusiasts, Arizona has plenty of haunted hotels to get your chance! For the most part, we all have a fascination with the unknown. What happens when our time is up? The idea of spirits and ghosts is an interesting opportunity to find out. Visiting these haunted locations is usually accompanied by not only reaching out to the other side but also going back in time. To a time when life was much different from the present. Most haunted locations tend to be a landmark from history and Arizona’s ghosts reside in these very locations

One of the most popular and likely locations in the entire state, if not the country, is the mining ghost town of Jerome Arizona. This town was built around copper mining and was once the richest copper mining operation in the entire state. Life in mining towns was tough. The support beams in the mines were considered more valuable than the life of a miner. Timbers were expensive and miners were easily replaced.

Mining life was so dangerous, 4 hospitals were built in Jerome for a population of fewer than 15,000 people. One hospital in particular, converted into a hotel, still stands and is considered the most haunted hotel in Arizona. The Jerome Grand Hotel. Sitting up high on Cleopatra Hill this building saw over 9,000 deaths. Miserable, painful and sometimes violent deaths.

The most mysterious death is that of a maintenance worker in the 1930s. Found in the elevator shaft with a violent head wound, many believe he was murdered and his body placed in the shaft to look like an accident. A security guard hired in the 1980s to keep an eye out for vandals hung himself off a water pipe. What was it he was experiencing that drove him to not spend another minute in this old miners hospital? Join us on our Take our Jerome Arizona Ghost Tour and find out, or better yet, reach out to us to arrange an overnight experience at the Jerome Grand Hotel! 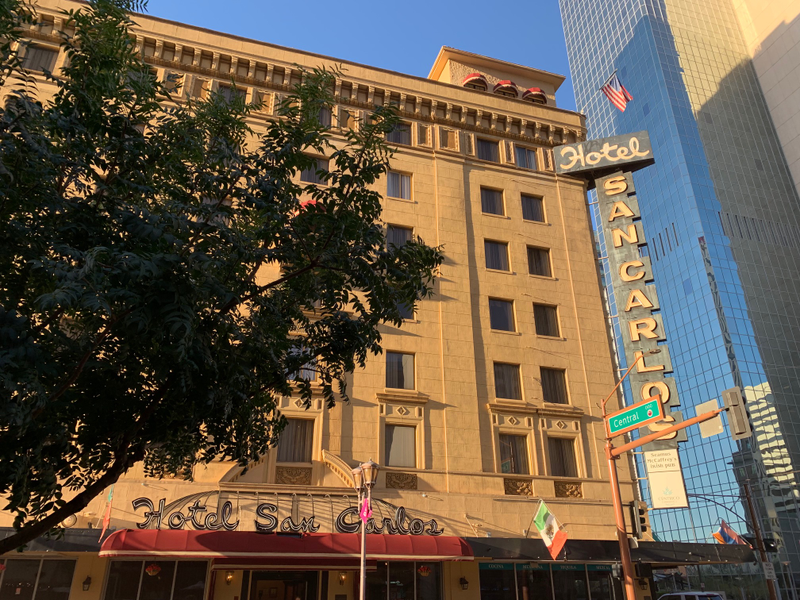 Another very haunted hotel in Arizona sits right in the center of downtown Phoenix. The hotel San Carlos. A few months after the pride of the city was completed in the 1930s a young girl by the name of Leone Jensen took her own life. Scorned by her significant other and suffering from medical conditions she climbed to the top of the 7 story hotel and jumped to her death off the south side of the building. She’s still there.

As a very active spirit, guests have reported lights turning on and off, knocks on their door and even seeing her at the foot of their bed. She is not the only spirit that still resides. Being built on the exact location of the 1st Phoenix schoolhouse, guests also report hearing children playing in the hallway. The original well dug for the schoolhouse is still located in the basement of the San Carlos. Reports of children falling in the well in addition to early deaths caused by a Spanish flu outbreak claimed these young lives who still see fit to stay right where they are. 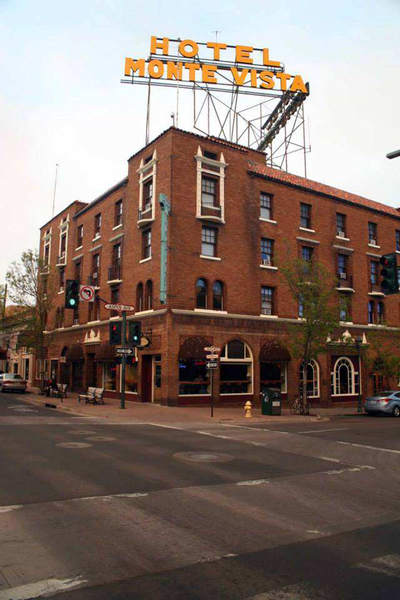 The hotel Monte Vista in Flagstaff is definitely known for having unique spirits. This Arizona haunted hotel has stories to tell. Whether it was a bank robber bleeding to death, a lady refusing to leave her rocking chair in room 305 or a man known to hang meat from a chandelier, these spirits all still reside in this historic hotel in the heart of Flagstaff.

Duration
3 hours
Group Size
Up to 14

The tour that has been featured in multiple media sources. Hands down our most popular tour! Come load up on our bus as we take you to explore the the darker side of Phoenix history. On this trip we will explore mysterious corners of the city searching for the ghosts of Phoenix’s past. Hear tales of early demise, visit sites of old west justice, the final resting place of Arizona’s founding fathers and we’ll trace the path of the most famous murder in Phoenix from the 1920s. An all ages, completely different experience from the haunted pub tour.

Visit 3 Pubs with a Dark & Mysterious Past!
Come join us for our famous Haunted Phoenix Pub Crawl. A town doesn’t make it in the old west without a little blood shed. On pub crawl, we visit 3 pubs with a dark and mysterious past. Some of the most infamous Phoenix ghosts reside at these locations. We even know names and why they will never leave. If you’ve ever wanted to toast with a ghost, we’ll give you that chance.

Explore one of the most Historic and reputedly Haunted Towns in the US!
For those looking to dive into the truly historic, this is definitely the trip for you. At one point the richest copper mine in the entire territory this town is frozen in time. The entire town is listed on the national registry of historic places. We will also explore one of the most historic, reputedly haunted, locations in the US. The Jerome Grand Hotel. Locations of lawlessness await from pre 1900 Arizona.